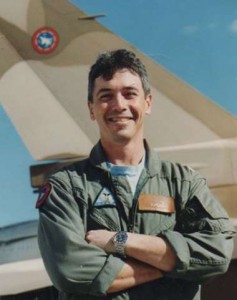 I lost a friend last year.  We’re pilots. Sometimes we lose friends. John King once said, “As a pilot, you get to know a lot of dead people.” As we all know, that is too true.

This friend was special, though. He walked through life with a wry smile – the smile of someone who knew a joke and lacked only the right time and place to tell it. He was irreverent, confident, sometimes sarcastic, and incredibly funny.

At one time in my life I had a reputation as a ladies man. Even though I’ve lived with one woman for the last ten years and married her in Hawai’i on June 4, 2011, the reputation lingered – as reputations do. Prior to our marriage, I sent an email around to friends and family announcing our intentions and inviting them to join us in Hawai’i for the ceremony. A day or so after sending the email, I got a text from my friend that said: “Dude. Someone’s hacked your email account. I just got a message saying that you were getting married. As if … .”

Lex had been a Navy fighter jock, the exec officer at the Navy’s famous “TOP GUN” fighter pilot school, and commanded Strike Fighter Squadron 94. I got to know him when we both worked for Barnstorming Adventures: he flying dog fights in Varga Kachina’s, me flying the TravelAir open cockpit biplane air tours. He longed for the biplane and, to that end, engaged my services as a tailwheel instructor.

As it always happens with ex-Navy pilots, he mastered the Citabria in record time – my logbook shows less than 5 hours of flying with Lex. Despite his background, combat experience and skill at landing F-18’s on a pitching carrier deck at night, he took the training seriously and approached it with humility and a willingness to learn – a unique combination in one so skilled.

We didn’t see each other often, a weekend or so per month, but he always wore that smile and had a funny story or a wisecrack. The only time I ever saw him uncomfortable was at the party my wife and I threw a month after we married. We invited a hundred or so people and Laurel was most interested in meeting the man who had sent the “As if … ” text. Lex and his wife Mary arrived and, when I introduced Lex to Laurel, she cocked her head to one side and said, “As if … huh.” Lex shuffled his feet, opened his mouth to reply, and speech failed him. We all had a laugh and he recovered to his normal self, but it was the only time I’d ever seen him at a loss for words.

We had a conversation once about words. He was interested in my experience as a cured free-lance writer, having heard from the former owner of Barnstorming Adventures, Tom Harnish, of my writing skills. I was a tad churlish about my experience, considering the difficulties of getting published and the relatively low pay scale of scribes. I didn’t know that he had renown as “Neptunus Lex”, one of the best read military bloggers in the country: http://www.neptunuslex.com/ . I regret not spending more time discussing the writing disease with someone who was so adept. I regret more that we shared a passion for Guinness and Irish whiskey – and we never had a chance to share a pint.

He was next in line as a Travel Air pilot when he got a call from a buddy who was working for a company that provided aggressor aircraft for dog fight training against Navy pilots. He longed for the adrenaline rush of high speed, high performance aircraft, and he took the job.

He flew the Israeli-built F-21 Kfir and in dreadful weather, crash-landed at NAS Fallon, Nevada … and headed forever west.

I write this 14 months after the fact. I started it just after I heard, but couldn’t continue because the emotions got the best of my Irish heart. Although we had spent very little time together, I felt as if I’d lost my closest friend and the grief made it impossible to write words that had any meaning. Even this far removed, I can’t find the eloquence I need to adequately describe the goodness, and joy the man brought into every life he touched.

Requiescat in Pace, Neptunus Lex. We’ll try to find, and honor, your strength and courage. As if we ever could.