… or as it is commonly known, OSHKOSH, Wisconsin, home of the world’s best air show, as viewed through the nose of the B-17G, Aluminum Overcast. You can buy a ride in EAA’s B-17G, which flies every day of the show. It ain’t cheap, but the view’s amazing. If you get the first flight of the day, you get an extra 20 minutes in the airplane whilst those big radials warm up – still only 20 minutes of flying, but who wouldn’t want more time in a B-17?

Once you visit Oshkosh, you always wanna return. I got to do it 4 times and got paid for it – by working for the Kings’ at the booth they maintain during the show. It is airplane nirvana – and, unlike the real world, everyone’s got the flying bug. The brats and beer taste better in Oshkosh and, oh my, the people you’ll meet. I had lunch with General Chuck Yeager and his wife, Victoria, just because they liked the Kings and wanted to sit with people who worked for them. All the best air show performers show at Oshkosh. All the best pilots – and their planes – show up at Oshkosh. It’s a “Who’s Who” of those who fly. 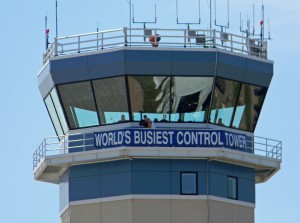 One word of advice, however – don’t fly there. Even though it’s an organized arrival, you will be flying close formation with any number of pilots who may, or may not, have had formation training. In a survey done at the show a few years ago, only one pilot in ten had read the arrival procedures. Can you imagine flying into LAX, JFK or ORD without knowing the arrival procedures? Take the airlines, fly to Appleton or Milwaukee, and drive in. You’ll be glad you did.